About James Boyd: James is a wealth management advisor at Van Buren Financial Group. Prior to joining Van Buren, he spent six years with FS Investments and two years at J.P. Morgan. He has also been serving in the U.S. Air Force Reserve for the last eight years.

James is a graduate of Drexel University and currently a CFA Level II Candidate. He lives in South Philadelphia with his wife, Ginevra, and his energetic dog, Mickey. Outside the office, James enjoys playing any sport known to man, with a special affinity for golf. Beyond sports, James is fond of hiking, traveling the world, reading, and a competitive game of chess.

About Matt Sullivan: Matt is the chief operating officer at Short Order Production House, Delaware’s largest video production company. He was a first-career journalist, working as a reporter and editor in upstate New York before relocating to Delaware to become the founding editor and general manager of Spark Magazine.

After Spark, he spent five years as the managing director of Delaware Shakespeare while operating a small communications consultancy. During that time, he produced award-winning content and provided strategic communications for the Greater Wilmington Convention & Visitors Bureau, the Wilmington Alliance, Reading Assist, the World Trade Center Delaware, the Delaware Coalition Against Gun Violence, and the Delaware Charter School Network (among others).

He’s been a columnist, blogger, podcaster, restaurant critic, and spent eight years reviewing movies that he had not seen. He still commits random acts of journalism, usually in Delaware magazines. He lives in Newark with his wife, Janice, and two kids.

Help a child learn to read while learning more about yourself and your community along the way.

Get Your School on Board

We provide a solution for schools’ most struggling readers – and get results.

Help us make sure our life-changing intervention is available to those who need it most.

Support struggling readers through donating or by becoming a Reading Assist Fellow. 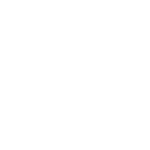 Reading Assist continues to adjust its response to COVID-19 based on guidance from local health officials, the Centers for Disease Control and Prevention, and partner schools.

As our staff is working remotely until further notice, please direct all inquiries to info@readingassist.org for the fastest response.

In response to continuing school closures due to the pandemic, we have adapted our program so we can provide remote one-on-one intervention to students and training to educators.

At Reading Assist, we believe diversity of thought and ideas makes our work stronger. To achieve this, we must draw from a wide range of perspectives. Reading Assist aims to ensure the children we serve see themselves reflected in those who teach them. We serve a diverse population, and are committed to ensuring our organization reflects and celebrates diversity of culture and thought. We strive to include people in our organization from all backgrounds, inclusive of race, ethnicity, religion, gender, age, disability, sexual orientation, and national origin.